RID Squads are regionally based teams that specialise in combating and preventing illegal dumping. The RID Officers work for local councils, working across council boundaries to co-ordinate dumping regionally. The squads and programs are co-funded by the EPA and member councils.

Working across local government boundaries, RID squads use a strategic, coordinated approach to prevent illegal dumping while focusing on particular issues in their region. 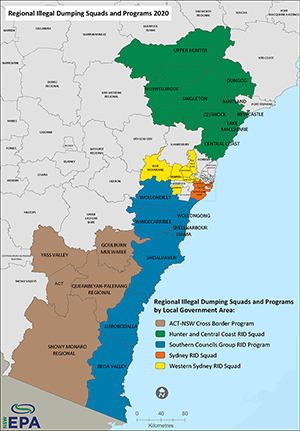 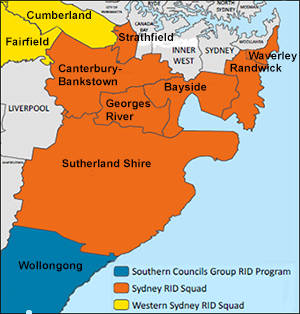 Established in July 2015, the Sydney RID Squad combines the former Inner West RID Squad and the Southern Sydney Region of Councils to take a coordinated approach to dealing with illegal dumping.

Each ranger is based at a council but operates across the region by sharing information and resources to prevent illegal dumping.

This cross-border programs aims to implement a coordinated set of actions to prevent, detect and clean up illegal dumping in the ACT and NSW.

If you spot illegal dumping in NSW report it via RID Online.