EPA’s Don’t be a Tosser! Campaign took off in October with a big presence across TV, digital video, social media, radio and outdoor. We are now well on track to exceed the Premier’s Priority target of a reduction in litter volume by 40% by 2020 in NSW. 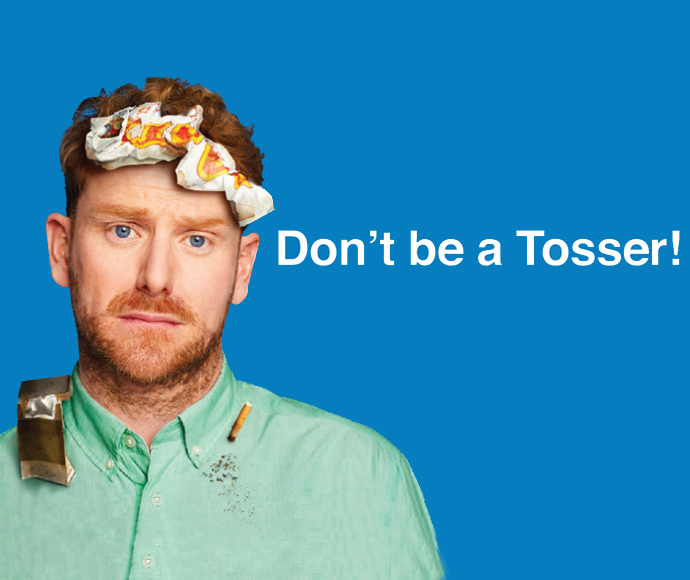 There has been a massive drop of 48% across total litter volume in NSW based on interim results released in December since the baseline in 2013-14. But there’s still much more to be done.

EPA Litter Prevention Manager Rupert Saville said over 25,000 tonnes of litter is tossed in NSW every year, costing our community and the environment over $180 million to clean up.

“Even if you litter just once, your rubbish ends up becoming part of a bigger litter problem,” Mr Saville said.

“Everyone is responsible for their own litter and it is easy to do something about it.”

Roadsides are one of NSW’s most littered places.

Since 2015, more than 36,000 people have signed up to report littering from vehicles in NSW and over 48,000 reports have been received. As a result, the EPA has issued more than 33,000 penalty notices to vehicle owners.

“When you report litter, you are part of the solution, because you are giving others the message that you care about a clean community. The ultimate goal is that no one will be reported or fined for littering because no one is a Tosser,” Mr Saville said.