After just one year in operation, Return and Earn has seen more than 1 billion containers taken to return points across the state and has already resulted in a 44 per cent reduction in eligible drink container litter volume. This is a significant achievement for the scheme, which was introduced to reduce litter. 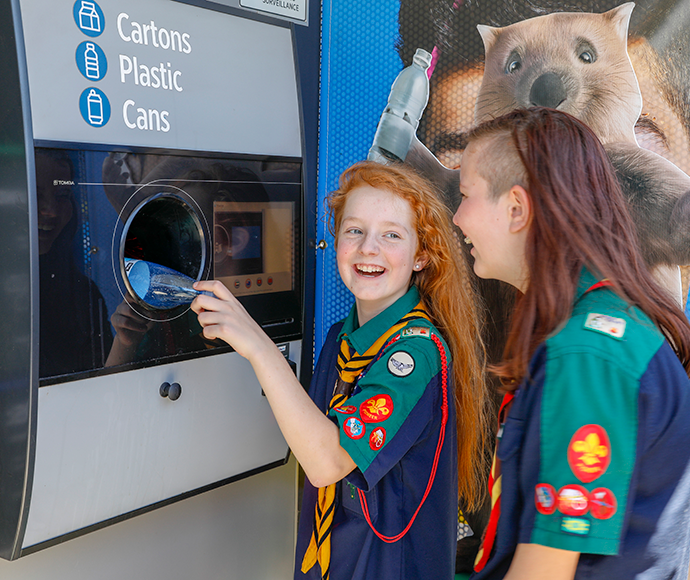 The NSW community is behind the Return and Earn Scheme.

Now that the peak period of summer has arrived, around 5 million containers are being returned every day. These are fantastic results and are testament that the NSW community is embracing this scheme.

The NSW Scouts were out in full force celebrating the milestone and explaining how they have raised funds for Jamboree and how they love the positive environmental impact of Return and Earn.

1st Glenfield Scout Group scout Sarah Plumb is fundraising for the Scout Jamboree - a two-week camp scheduled for January in South Australia. “Collecting the bottles is fun. You get to spend time with your friends, raise funds, and help the environment while you do it,” 14-year-old  Sarah said. To date, her Group has raised $3,000 through Return and Earn.

The scheme is a great way for community groups, schools and charities to fundraise.  In late November four new major donation partners were revealed on reverse vending machines across the state: Oz Harvest, McGrath Foundation, Foundation for National Parks and Wildlife, and Buy a Bale (where a local donation partner isn’t featured). 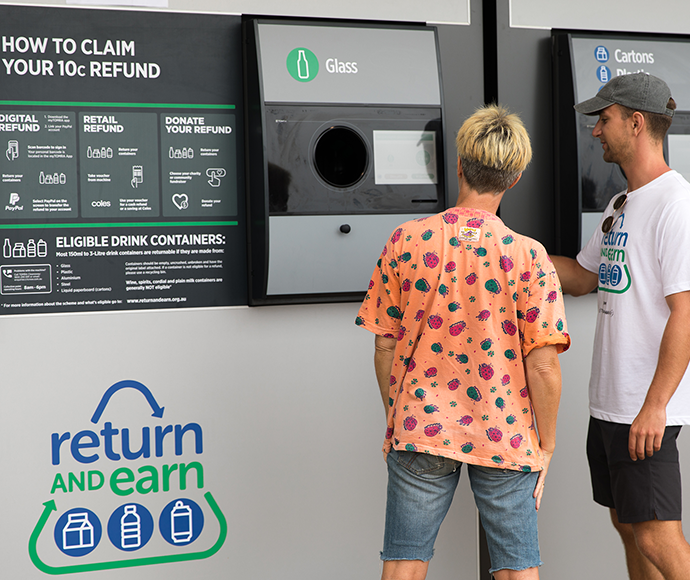 In addition, almost 100 local community groups, schools and charities also appear on their local reverse vending machines so the community can choose to donate their refunds when returning their containers.

Becoming a donation partner is just one way for charities, schools and community groups to fundraise using Return and Earn - they can also collect empty container donations from the local community and return for a refund.

Return and Earn is the largest litter reduction initiative ever introduced in NSW, contributing to the Premier's Priority target to reduce the volume of litter in NSW by 40 per cent by 2020.

There are now around 680 return points across NSW including reverse vending machines, over-the-counter sites and automated depots for large returns.

For more information about the scheme, including what's eligible, return point locations and information for charities and community groups, visit Return and Earn.