We visit some of the projects happening around the state including a council collaboration in the Central West, busting the dust in the Hunter and Snowy 2.0 in the south.

The EPA supports local government to keep our communities and environment safe. The EPA’s Council Regional Capacity Building program delivered by the Education and Programs Branch aims to build the regulatory capacity of local councils.

The teams got together recently in Orange and Bathurst to practise inspecting service stations and to learn from EPA Senior Operations Officer James Allen about the environmental issues that can arise with leaking underground petroleum storage systems. 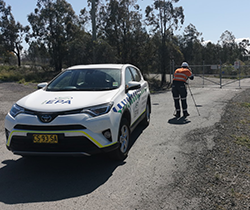 Out monitoring dust in the Hunter

Drones help bust the dust in the Hunter

On warm, dry, windy days this year’s Bust the Dust compliance campaign is using drones to help the EPA’s Newcastle operations officers to assess the impact of dust plumes from mining operations on regional air quality.

Each week over spring, we’ve reviewed weather forecasts and selected days when there is a greater risk of dust.

A professional drone pilot, our 'eye in the sky', travelled with us to help see over trees, bunds, ridges and other obstacles to determine what might be causing any dust and whether a mine has the right dust mitigation measures in place.

If a mine is not minimising its dust emissions, the drone can record video footage that may be used as part of an investigation. 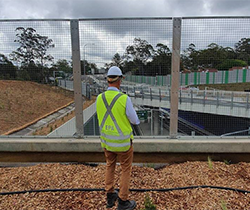 EPA monitors Northconnex during and after construction

Connecting for community on Northconnex

The Northconnex traffic tunnel in Sydney opened for operation on 30 October. The 9-kilometre twin tunnels links the M1 Pacific Motorway at Wahroonga to the Hills M2 Motorway at West Pennant Hills.

The EPA regulates environment and community impacts from road construction and like all other major road tunnels, Northconnex was required to hold an Environment Protection Licence under the POEO Act.

The EPA has also commenced regulating emissions from the ventilation stacks since the tunnel opened. Our team inspected the ventilation facility for the first time in October 2020. The EPA will be attending quarterly Air Quality Community Consultative Committee meetings for the next two years. 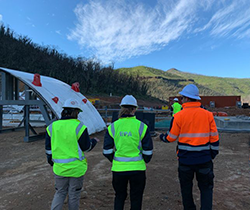 Engaging with operators on the Snowy 2.0 project

Snowy 2.0 – engaging for the future

Snowy 2.0 is currently the largest renewable energy project in Australia and will be instrumental in underpinning the nation’s transition to a low-carbon emissions future.

The NSW Government formally gave planning approval in May this year for the construction of the project which involves linking two existing dams, Tantangara and Talbingo within the Kosciusko National Park, via 27km of tunnels, and building a new underground power station.

The EPA provides regulatory oversight of the environmental performance of the project and has issued an Environment Protection Licence which authorises construction works subject to stringent requirements in line with the environmental values of the National Park.

The EPA is also proactively engaging with the broader construction workforce to identify and respond to potential environmental issues. 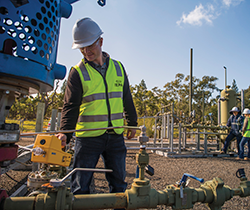 The EPA’s role as lead regulator for the Narrabri Gas Project will continue after the project was approved by the Independent Planning Commission on 30 September 2020 (subject to Commonwealth Approval).

We’re looking forward to continuing our working relationship with SANTOS and will carry out regular checks including unannounced and announced inspections on field based activities.

We’ve also set up a project team to test different models to allow for cost recovery of regulating the onshore gas industry.