The map shows the likelihood of koala occurrence in

Each grid cell is populated with

The EPA engaged the Office of Environment and Heritage to develop the map, using current available data from the Atlas of NSW Wildlife. The map will be updated periodically to reflect new records entered in the Atlas.

A report on the preliminary map of the likelihood of koala occurrence in NSW (PDF 3.9MB) was released in February 2015. A supplementary comparison (PDF 4.8MB) found broad agreement between the baseline map and other koala mapping available for the NSW north coast.

The map was updated (PDF 2.4MB) following a review by koala experts, who recommended a number of modifications to the map, including filtering data for duplication and revising the data cut-off date to ensure regionally significant surveys were captured.

The statistical confidence and likelihood levels of the baseline map were then used to direct additional survey effort to data deficient areas.

Validation of the revised baseline map showed that there was a strong relationship between the map and koala activity, as indicated by independent survey results. 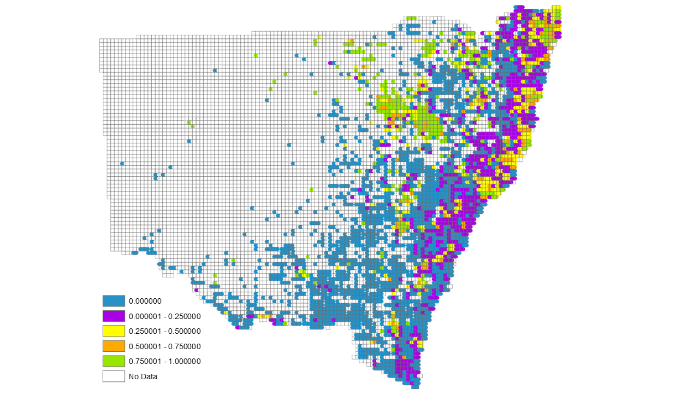 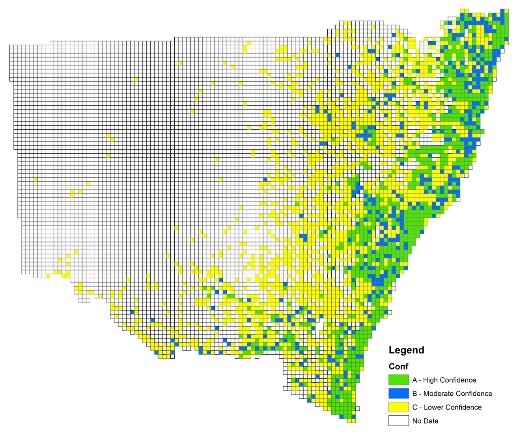 Concerned about forestry operations in your area?

Assessment of Threatened Ecological Communities of the Coastal...