The Environment Protection Legislation Amendment Bill was introduced into NSW Parliament in November. This hallmark legislation is intended to enable the EPA to crack down on environmental crime and care for our land and waterways, by closing loopholes and regulating against avoidable pollution and incidents 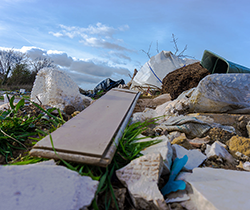 The new legislation, if passed after being debated in early 2022, will help tighten existing environmental laws, ensuring people or companies that commit crimes or benefit from them, pay for them or are held to account, and innocent landholders and communities are protected from financial and human health impacts.

“Over the past three years alone, loopholes in environmental laws have resulted in over 132,000 tonnes of contaminated waste being illegally dumped in communities putting human health and the environment at risk,” EPA Executive Director Regulatory Policy Nancy Chang said.

“The government or innocent landholders are being left with substantial costs to clean up this contamination.

“This new legislation will expand our regulatory powers and tools to ensure those responsible for contamination and pollution can be made to clean it up or manage it into the future, including the ability to take action against multiple people that contributed to a crime.

“It will enable us to increase penalty amounts to deter criminal activity and reflect the true cost of those crimes.”

The proposed increases bring the penalties in line with similar offences under other Acts such as the Crime Act 1900 and the Corporations Act 2001 (Commonwealth).