The EPA has responsibilities and powers under environmental legislation to protect the environment and public health. As the primary environmental regulator for NSW, we hold individuals and organisations to account when their actions pose significant potential or actual threats to human health and the environment.

This year we conducted successful prosecutions for a range of environmental offences including water pollution, breaches of environment protection licences, illegal waste disposal and lapses in radiation control.

We successfully prosecuted 59 cases and the courts imposed $1,612,028 in financial and other penalties. Our prosecution success rate was 95% for substantive prosecutions (excluding littering). Case studies of successful prosecutions are included in this section of the report.

In line with section 13(2) of the Protection of the Environment Administration Act 1991, the EPA is not subject to the control and direction of the Minister regarding any decision to institute criminal or related proceedings under environment protection legislation. However, the EPA keeps the Minister informed of the progress of significant investigations and prosecutions, enforceable undertakings and penalty notices.

As well as administering Acts, the EPA has a role in developing legislation. Examples of this work are described below.

We have developed legislation to help prevent pollution created by certain types of PFAS (per- and polyfluoroalkyl substances) firefighting foam. The Protection of the Environment Operations (General) Amendment (PFAS Firefighting Foam) Regulation 2021 introduces the following offences in stages over a 19-month period:

These measures will minimise and manage potential risks to human health and the environment. The provisions will still allow certain authorities to use PFAS firefighting foam to extinguish catastrophic fires.

We continued to show our adaptability in responding to the ongoing COVID-19 pandemic. This involved amending legislation so we have the tools we need and included the Protection of the Environment Operations (General) Amendment (COVID-19 Audio and Audio Visual Links) Regulation 2020 and subsequent amendments to the Protection of the Environment Operations Act 1997, to provide for ongoing altered arrangements for attendance to answer questions during EPA investigations.

We made amendments to the Waste Avoidance and Resource Recovery Act 2001 to extend temporary exemption powers related to the COVID-19 pandemic.

In 2020–21 we also amended a range of existing regulations. These amendments included:

The following regulations were made in 2020–21:

The amending Regulations had the objective of reducing risks to human health and preventing degradation of the environment. The amendments contributed to a simpler, more efficient legislative framework and were facilitated by public consultation and stakeholder engagement.

In 2020–21 the EPA started 101 prosecutions and completed 66, of which 59 were successful. Of the completed prosecutions, 43 were for substantive offences and the other 23 were for court-elected matters where recipients of penalty notices for littering chose to have the matters determined by a court instead of paying the fine.

The 43 substantive prosecutions resulted in:

The 23 court-elected littering prosecutions resulted in:

The value of prosecutions under EPA legislation was:

Total fines and other financial penalties amounted to $1,612,028.

Appendix 7 provides full details of the substantive prosecutions completed under EPA legislation in 2020–21.

Enforceable undertakings: an alternative to a court hearing

These undertakings are enforceable in the Land and Environment Court.

In 2020–21 the EPA entered into seven enforceable undertakings. These required the parties to take corrective actions and make monetary contributions totalling over $2 million to environmental projects and initiatives. Appendix 8 summarises key actions and contributions.

In 2020–21 we issued 2,607 penalty notices for infringements against environmental legislation. Other state and local government agencies, such as the National Parks and Wildlife Service, issued 5,548. The total value of all penalty notices was $14,630,010.

There were 5,638 penalty notices issued for environmental offences under the POEO Act, resulting in over $5.9 million in fines.

Littering from motor vehicles led to the largest number of fines, with 4,427 infringements resulting in $1.26 million in fines.

Penalty notices for other littering offences led to over $46,000 in fines. After littering, the most common offences related to land pollution and waste: these attracted over $1.1 million in fines.

The following case studies provide insight into the range of offences the EPA regularly prosecutes and highlight significant outcomes in the courts in 2020–21.

Offence: Two offences each of providing false or misleading information about waste

Around June or July 2016 Mr Mouawad and Aussie Earthmovers arranged for approximately 1,400 tonnes of asbestos-contaminated soil to be transported from the Darlington site and disposed of. The tipping dockets and reports provided by Aussie Earthmovers indicated that the waste was disposed of at the waste facility operated by Suez Recovery & Recycling Pty Ltd at Kemps Creek. However, the tipping dockets and reports were found to be false, and none of the asbestos-contaminated soil was transported to the Suez waste facility, with the exception of one truckload.

Result: In February 2021 the Land and Environment Court convicted Aussie Earthmovers and Paul Mouawad of two offences each of providing false or misleading information about waste.

Paul Mouawad was ordered to:

Offence: One offence of breach of licence condition and two offences of air pollution caused by a failure to operate a plant in a proper and efficient manner

Koppers Carbon Materials & Chemicals Pty Ltd (Koppers) holds an environment protection licence to carry out chemical production, chemical storage and shipping in bulk at its premises in Mayfield North, Newcastle. On 20 October 2018, approximately 20 metric tonnes of coal tar pitch was released from a hole in a valve at Koppers’ premises. On 21 and 22 May 2019, odorous coal tar pitch fumes were emitted from a tank at Koppers’ premises. On all three occasions, the EPA received many calls to its Environment Line reporting service from members of the public who were complaining about the odour.

Result: In February 2021, the Land and Environment Court convicted Koppers of one offence of breaching a licence condition and two offences of air pollution caused by failing to operate a plant in a proper and efficient manner.

Koppers was ordered to pay:

On 27 July 2017, following a complaint about unlawful landfilling, Hawkesbury City Council officers attended the properties and stopped the works after observing contaminants, including small fragments of suspected asbestos-containing material, within the fill material. Subsequent sampling confirmed that asbestos was widespread and randomly distributed across the imported material and all of the imported fill material was classified as asbestos waste. The subsequent clean-up of the asbestos waste cost the properties’ owners $73,793.30 and $211,322.20 respectively.

Mr Laird was ordered to pay:

Offence: Two offences of failure to notify of a pollution incident that caused or threatened material harm to the environment

During 2018 Narrabri Shire Council caused 4,300 m3 of concrete stockpiled at the Narrabri Waste Management Facility to be crushed and used to construct internal access roads at the premises. On 1 November 2018 an environmental consultant informed the Council’s Manager of Environmental Services that the crushed concrete used to build the roads was contaminated with asbestos, giving rise to a pollution incident threatening material harm to the environment and human health. However, the Council did not notify the EPA and activate its Pollution Incident Response Management Plan until 13 November 2018, thereby breaching its duties under sections 148 and 153F of the Protection of the Environment Operations Act 1997.

Result: On 27 July 2020 Narrabri Local Court convicted Narrabri Shire Council of two offences of failing to notify of a pollution incident that caused or threatened material harm to the environment.

Narrabri Shire Council was ordered to publicise details of the offences in The Courier (Narrabri) The Northern Daily Leader and LGNSW Weekly (published by Local Government NSW). 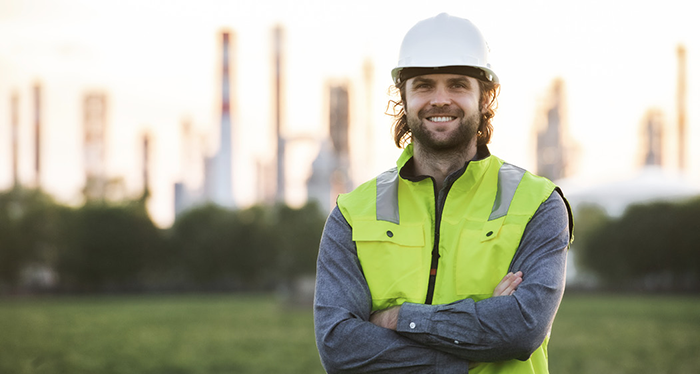 The EPA works in partnership with business, government and the community to protect human health, reduce pollution and waste, and prevent degradation of the environment. Photo: iStock