Investigations of the recent fish kill at Mannering Park, Lake Macquarie, show it was likely a natural event.

EPA officers, Central Coast Council and NSW Fisheries attended the site and collected fish and water samples for laboratory analysis. Through extensive water sampling, toxicity testing and analysis there are no significant findings of pesticides, metals or toxicity.

The NSW Department of Planning and Environment labs tested for a full suite of metals and pesticides and found levels below the Australian and New Zealand Environment Conservation Council (ANZECC) marine water quality guidelines (where guideline limits are specified). Levels of pH and electrical conductivity were within normal ranges for a saline lake.

The sampling results for Total nitrogen and Total phosphorus were above the guideline values, which may indicate that disruption of sediment has occurred.

These results, along with analysis of weather conditions at the time, indicate the most likely cause of the deaths was from a combination of factors.

The bay at Mannering Park has elevated temperatures compared to the rest of Lake Macquarie due to the cooling water discharges from Vales Point power station.

A range of fish, including tropical fish, are attracted to the bay due to these higher temperatures.

The fish kill was preceded by cool nights in the first week of August and a shift to northerly winds, with the strongest winds on August 4.

This may have caused cold lake water to enter the bay and resulted in a turnover of the water column.

If this was rapid enough it would have caused a disturbance of the sediments, which explains the high ammonium concentrations observed on August 5, and potentially the release of sulfides.

Our results suggest the combination of the temperature and sulfide stress likely overwhelmed fish, acclimatized to higher temperatures.

We know the important role Lake Macquarie and the bay plays in the community and the region’s wider environment and have deployed a ‘smart buoy’ at Wyee Point to allow ongoing monitoring in the coastal lake.

The EPA has worked closely with the Department of Planning and Environment – Science, Biosecurity, Food and Fisheries and Central Coast Council on the investigation that produced these findings. The dead fish have also been removed by Council. 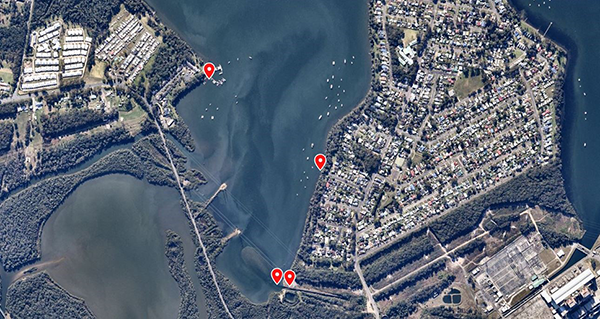 *Pesticides and fish results to come. 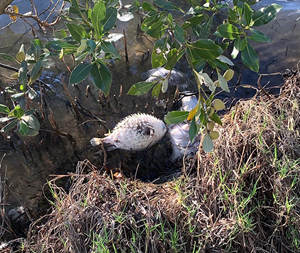